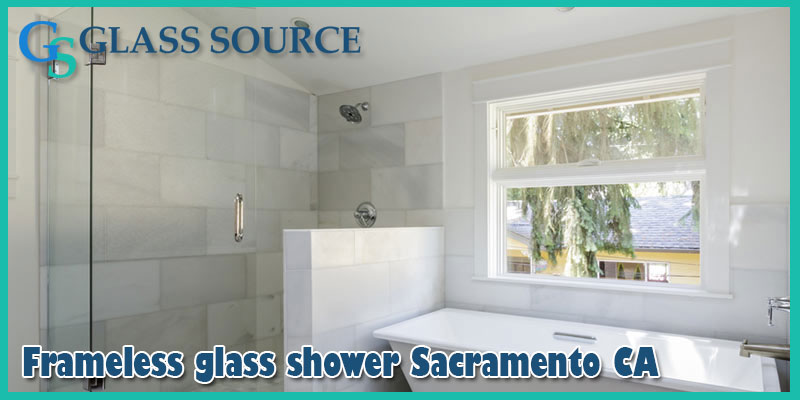 Hard Water vs. Soft Water: The Effect on Your Glass Shower

When you installed your frameless glass shower, Sacramento, CA, you probably loved the stylish, clean look it offered to your bathroom. Unfortunately, over the passing weeks & months, you would have noticed a flimsy residue forming on the door’s glass. This is due to the minerals clinging to the glass door after water droplets from the shower evaporate.

Unless you’re accustomed to the differences between soft & hard water – either in case you have been shown before or possess a water softener – it is probable that you do not know the impact that hard water & soft water can have on your glass shower door.

Now let’s learn more about what hard & soft water is & what effect they have on your shower door.

What Is Hard Water?

Freshwater that is rich in minerals such as iron, magnesium, calcium, & manganese is known as hard water. The water from rain is pure, but upon falling into lakes, rivers & soil, where the bedrock & surrounding environment comprises of chalk & limestone deposits, these minerals strain into the water forming hard water.

Due to the higher concentration of minerals in hard water, it can as well cause issues with plumbing & appliances, causing plaque & leaving silts in pipes which might lead to clogging.

What Is Soft Water?

Soft water is scarce in minerals (particularly calcium) that hard water is rich in but has a high content of sodium. It can be naturally coming about, such as from glaciers, rainwater, ponds, lakes, icebergs, streams & rivers, or it can be produced by water treatment.

The benefits of soft water are that it feels gentle to the touch & does not damage appliances as much, due to a low composition of minerals, as a result extending the life of the plumbing.

Water does not lead off hard though, water from rain is soft when it falls, meaning it holds less than 1 GPG (Grains Per Gallon); however, as this water moves through the plain, it gathers up dissolved minerals, making it hard. Now the water holds in excess of 10.5 GPG.

Hard water can be difficult to manage, & water softeners might cause other problems with the water. The main problems with hard water are the coating it leaves behind on the glass shower doors that becomes more worrying the longer you let the issue persist.

With soft water, you run into different problems. Soft water has a higher content of sodium since it can’t be eliminated with water softeners. This might be better for your showers, but it may lead to the water-tasting saline & could be harmful to drink; there is as well still a chance of blemish being neglected.

Rainwater is pure, but by the time it goes through the ground, into watercourses & out of the showerhead, it has picked up a lot of minerals which results in forming hard water.

When hard water comes out of your showerhead, it leaves behind spotted glassware & filmy shower glass doors. The mineral deposits might cause some lasting chemical change to your glass door. Due to this, you will see some cloudy leftovers that you can never eliminate.

The minerals in hard water build a gluey scum with soap. This happens because the soap is not being capable of dissolving completely in it, which results in the formation of scum rings in your frameless glass shower,  Sacramento, CA.

Whenever water is treated to get rid of magnesium and calcium, it is known as soft water. While nearly all ions are eliminated from soft water, only sodium remains. This might make your water saline.

Once the water tends to fall on the ground, it is not found any softer than 1-3.5 GPG, which is regarded as slightly hard. In order to be known as soft water, it must hold less than 1 GPG. This can solely be done with the help of a water softener.

While it might seem as though securing the softest water possible is profitable for avoiding scrap, it might not be safe for drinking. Additionally, the sodium in soft water might leave behind spots on the glass door similar to the spots of hard water.

Most people consider water is simply water. Nevertheless, it is way more complicated than this. Generally, there are different types of water & each comes with its own effects. So, with hard water & soft water, one must be very careful while using them in the shower & take proper care of the shower glass from their effects.

Are you in need of an exquisite-quality frameless glass shower?   If you are ready for a brand-new glass shower design, look to Glass Source for help. Find out more about our services by giving us a call at (916) 531-7136. You can also reach us via mail at contactus@glasssource.biz